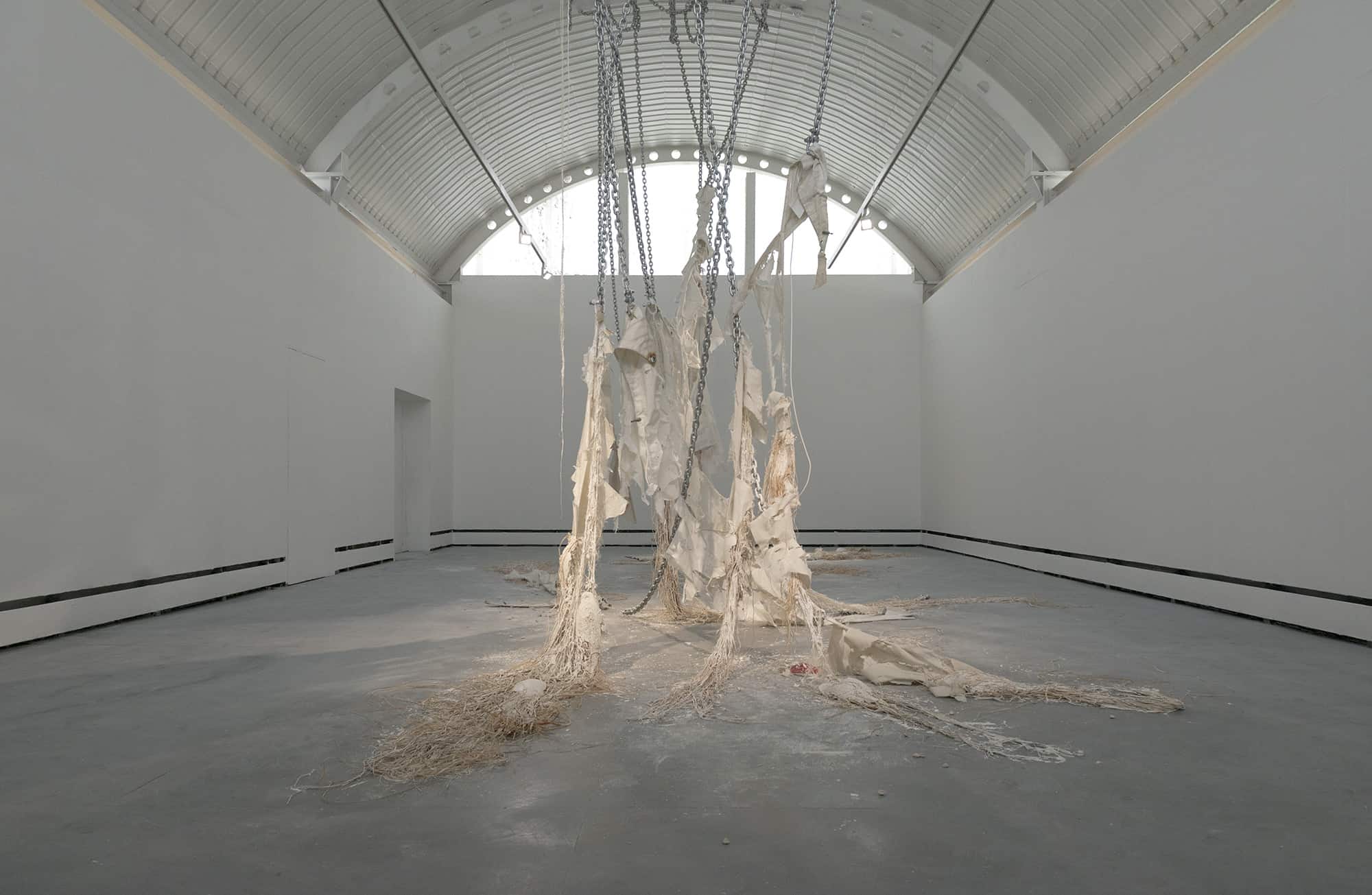 Dominique White weaves together the theories of Blaccelerationism and Afrofuturism with the nautical myths of Black Diaspora into a term she defines as the Shipwrecked; a reflexive verb and state of being. Her sculptures demonstrate how Black life could extend beyond its own subjective limits and act as beacons or vessels of an ignored civilisation defined as the Stateless; a realm in which the past, present and future have converged into a Black Future.

White’s research reaches back to the sound of Detroit’s techno scene, where she continues to reference Afrofuturist narratives (situated in space and underwater) depicted by Aux 88 (Tom Tom and Keith Tucker), DJ Stingray (Sherard Ingram) and Drexciya (Gerald Donald and James Stinson). Her research also extends beyond the tangible, with a curiosity for both the destruction and mythicism that hurricanes in the Caribbean leave in their eternally transformative wake in the sea. Her visual vocabulary extends from nautical motifs such as destroyed sails, damaged hand-woven nets, mutilated anchors and soluble nautical buoys to decaying or volatile materials such as palm fronds, raffia and kaolin clay. She utilises this forceful unification as a means of forcefully dissociating the motifs from their original function and redefining them as bodies charged with retaliation and resilience. These works, or bodies, delicately balance the states of preservation, decay and destruction whilst emanating the sense that an event has/will/will never take place at any time whether there are witnesses or not.

Dominique White (b. 1993 UK) lives and works in London. Recent exhibitions and presentations include: Boundary + Gesture at Wysing Arts Centre (Cambridge, 2019), Paris Internationale [duo] (Paris, 2019), Abandon(ed) Vessel [solo] at Kevinspace (Vienna, 2019), Art-O-Rama [solo] (Marseille, 2019) [winner of the Roger Pailhas prize], Fugitive of the State(less) [solo] at VEDA (Florence, 2019), Flood-tide at Love Unlimited (Glasgow, 2018); The Share of Opulence; Doubled; Fractional at Sophie Tappeiner (Vienna, 2018). White was an artist-in-residence at Curva Blu (IT) June to July 2019 and with the network Formerly Called at Wysing Arts Centre (UK) from March to September of 2018.

Please see my website for more images and information.