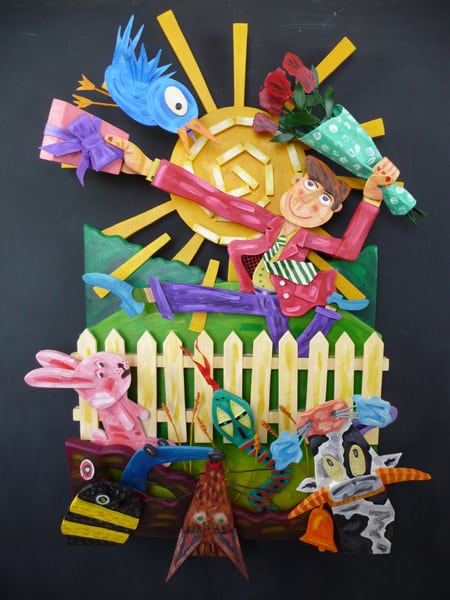 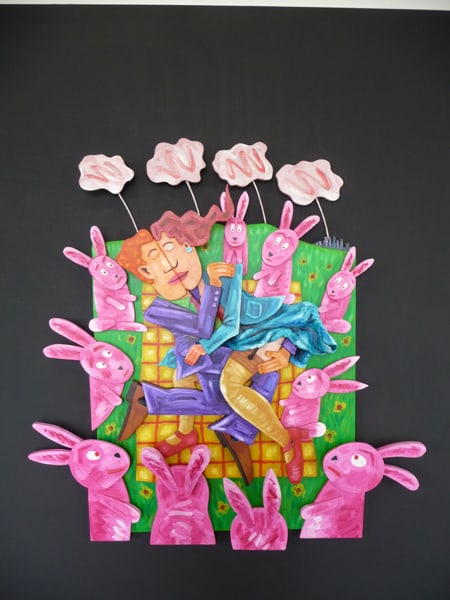 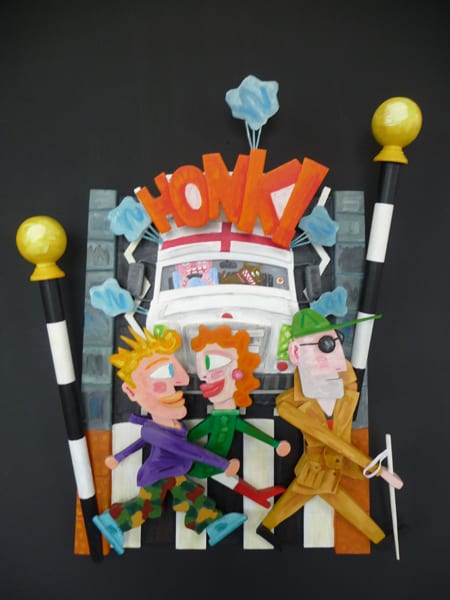 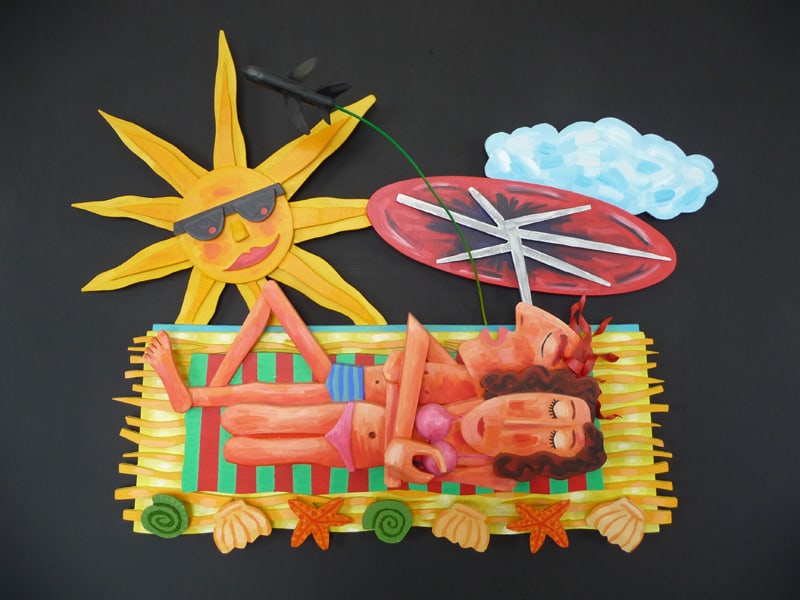 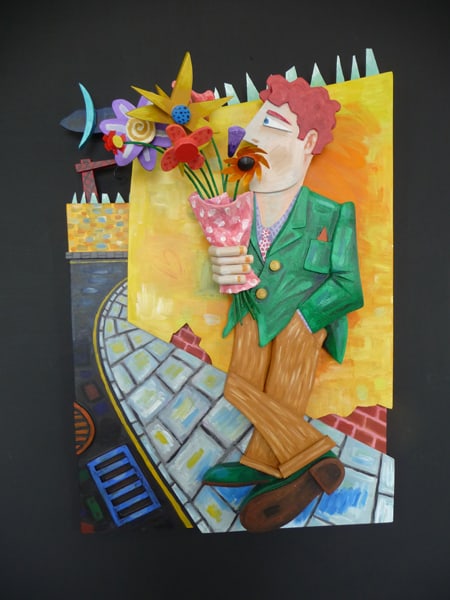 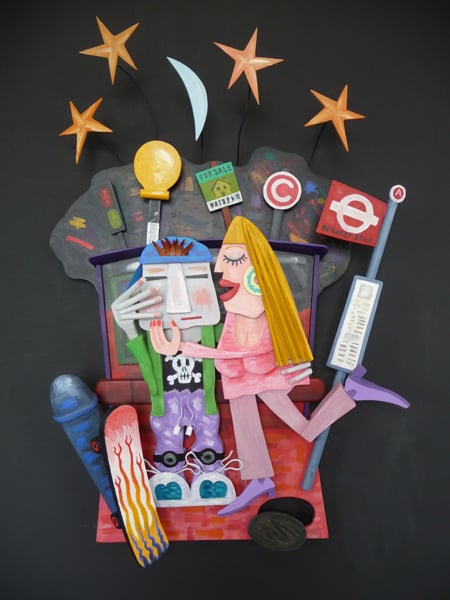 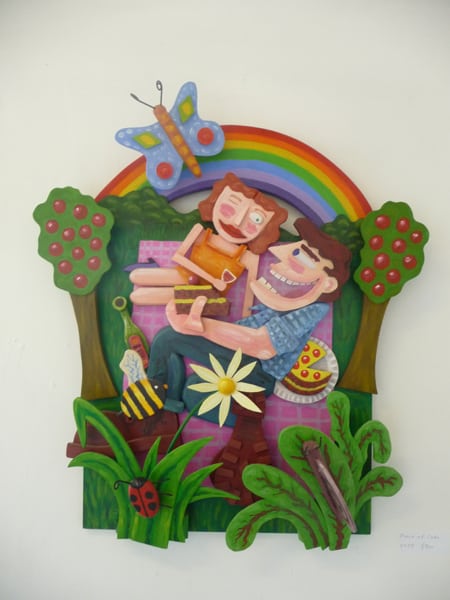 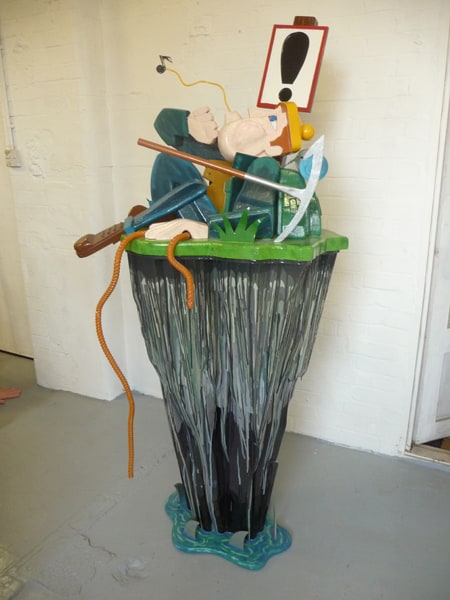 His work is figurative, narrative even, now more than ever. Kevin’s themes are urban life, human frailty, the squalor, violence and general untidiness of life, as well as its counterpart, the abundant humour that emerges from it and makes it bearable. In the past there was a more overtly political dimension to his work, reflecting a more or less left wing outlook on life and its problems, particularly those created by greed, class prejudice and injustice. Inevitably over time his way of expressing those concerns, which remain undiminished has transmuted into more amused, philosophical form.

“Hanging on by a Thread” sums up the precariousness of being an artist, as well as being an ordinary, old, 21st Century human being. Many of my sculptures from the last 20 years, evolve out of personal experience- love, divorce, work, stress, bring up children, fear of death…Have fun! … Enjoy!