and the hippos were boiled in their tanks 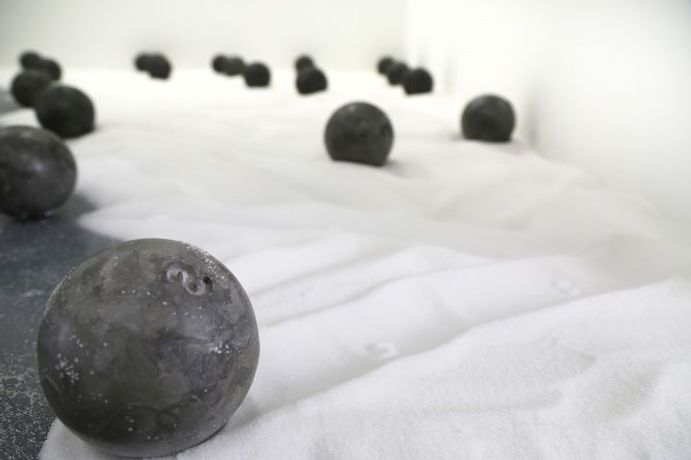 As part of Goldsmtih’s MFA Curating takeover of Chisenhale Studios, Dot Jia presents an exhibition in the Education Room:

and the hippos were boiled in their tanks:
Louisa Stylianidi and Pablo Rodriguez Blanco

And the Hippos Were Boiled in Their Tanks (1945) is a novel by Jack Kerouac and William S. Burroughs. The title is after an absurd line from a radio bulletin about a circus fire. The eponymous project is an accumulation of several narrative threads that take the format of a duo exhibition between artists Louisa Stylianidi and Pablo Rodriguez Blanco. Together their works investigate the politics of storytelling while incorporating both verbal and visual mediums.

Louisa Stylianidi is a Cyprus-born, London-based artist. Unpicking and scraping words and clay from their original meanings, she considers how stories are told from mouth to mouth, from mouth to ear, and, indeed, how the ear subsequently receives these stories. Stylianidi will develop a new improvised performance, exploring modes of narration both as a speech device and as an affective labour. She will prepare a new improvisational performance piece in which she will interact with clay tiles in the open space near the canal.

Pablo Rodríguez Blanco has recently completed an MA in Sculpture at the Royal College of Art. His practice is concerned with playing and its shadow. The ominous gap between the simple and playful forms and the gaze of an adult upon them. His work circles the idea of a common knowledge – an intrinsic human ability derived from children’s universal games and that intersects with a collective memory of social interactions. Based on games and simple shapes, he investigates everyday norms and power dynamics, particularly within the boundaries of the educational space. There is a kind of common knowledge that comes from children’s games that intersects with our collective memory of broader social interactions, even violence.