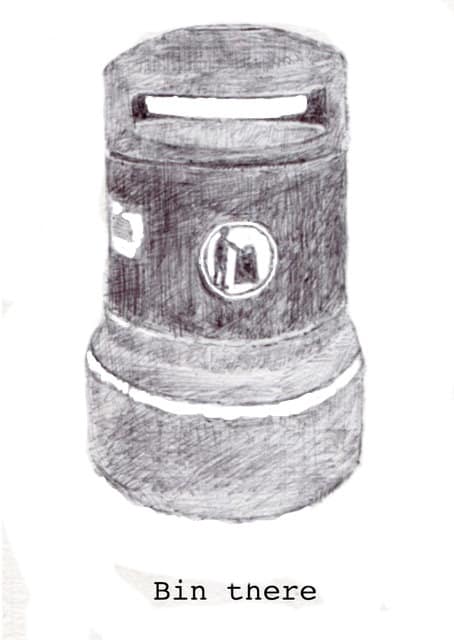 ‘Lost and Found Out’ with Charlotte Harker and Charlotte Mew
#postcardsfromtheedges

Charlotte Harker and Charlotte Mew are the artists in residence for 2018/2019. Using found materials from Victoria Park, the artists will be seeking the Lost and Found Out by exploring and responding to overlooked aspects of the park through drawing, print and text.

The local community will be invited to participate through four workshops and by noting their thoughts via Postcards from the Edges, which will run for the duration of the residency. Inviting new narratives, drawing on memory and create new recollections, Charlotte and Charlotte’s work will culminate in a final sharing event.

Working together for the first time, Charlotte and Charlotte have complimentary art practices. Charlotte Harker’s work has drawing and printmaking at its core and Charlotte Mew’s work explores the multiplicity of meaning and narrative potential in text and found object.

Both artists will explore the physicality of the park in detail, looking out for hidden or unusual elements, re-examing the familiar and capturing the fleeting moment.

The Artists aim to inspire the public to revisit the park in order to view aspects in a new light on closer inspection and reflection.

Charlotte Harker is a London based artist. Her recent series of work has been made in a print studio with Shadwell Printmakers, Limehouse, London. Her drypoint prints which include portraits, architecture and trees are an extension of her drawing based art practice. In 2017 she was the inaugural Artist in Residence at the William Heath Robinson Museum, Pinner. In 2015 a series of her drawings were included in a book titled ‘Nowheres’, a collaborative project with Poet, Tamar Yoseloff. This work was exhibited at the Poetry Society and also the Barbican Centre in 2015. In 2014, for her project and solo exhibition, ‘Species of Trees and Other Landscapes’ she was awarded a grant from Arts Council England. Amongst others she has received awards from the Cill Rialaig Project in Ireland, the Pollock Krasner Foundation, New York. She has also been shortlisted for the Jerwood Drawing Prize.

Charlotte Mew is a visual artist and poet who lives in East London; her writing which manifests itself in contemporary culture is rigorous, lyrical and by its presentation meditative. With text acting as both the inspiration and binding ingredient, Charlotte uses found objects to draw on memory and personal observation to present a new dialogue. In 2017 she worked with Wandsworth Supported Housing on ‘A Picture of Health’; a cross generational project celebrating nursing and the NHS which culminated in an illustrated book and installation. In 2013 she was commissioned by the NHS Community Development Team to create a piece of work to save Putney Vale Community Hall, ‘Fit for Life’. In 2012 Charlotte raised up ‘Lost and Found’ umbrellas in the Viewtube garden near Victoria Park and exhibited ‘Life Boxes’ along the Greenway in anticipation of the Olympics. In 2009 she developed ‘The Art of Growing’ at Chisenhale Studios, with weekly workshops to encourage independent creative practice within the local community.

Chisenhale Studios is part of Chisenhale Art Place, which sits on the opposite bank of Hertford Union canal on the south side of Victoria Park. Providing studio and residency space to 40 artists, Chisenhale Studios has been connecting artists with East End residents and visitors since 1980.

Tower Hamlets Park and Open Spaces Department
Tower Hamlets Council runs many diverse parks, gardens and open spaces for residents and visitors to enjoy.
Victoria Park is the largest in Tower Hamlets at 86.18 hectares and has one of the highest visitor numbers of all the London parks with around nine million visits per year. A wide range of formal and informal sports, sponsored activities, events and festivals take place throughout the year.

The Victoria Park Artists in Residence (AiR) is a 12-month art residency which is produced in partnership with local arts organisations. Previous artists in residence have included Cathy Haynes (2013 – 14), Travis Elborough (2015 – 16) in partnership with Chisenhale Gallery’s Offsite programme, and James Chuter (2016- 17).