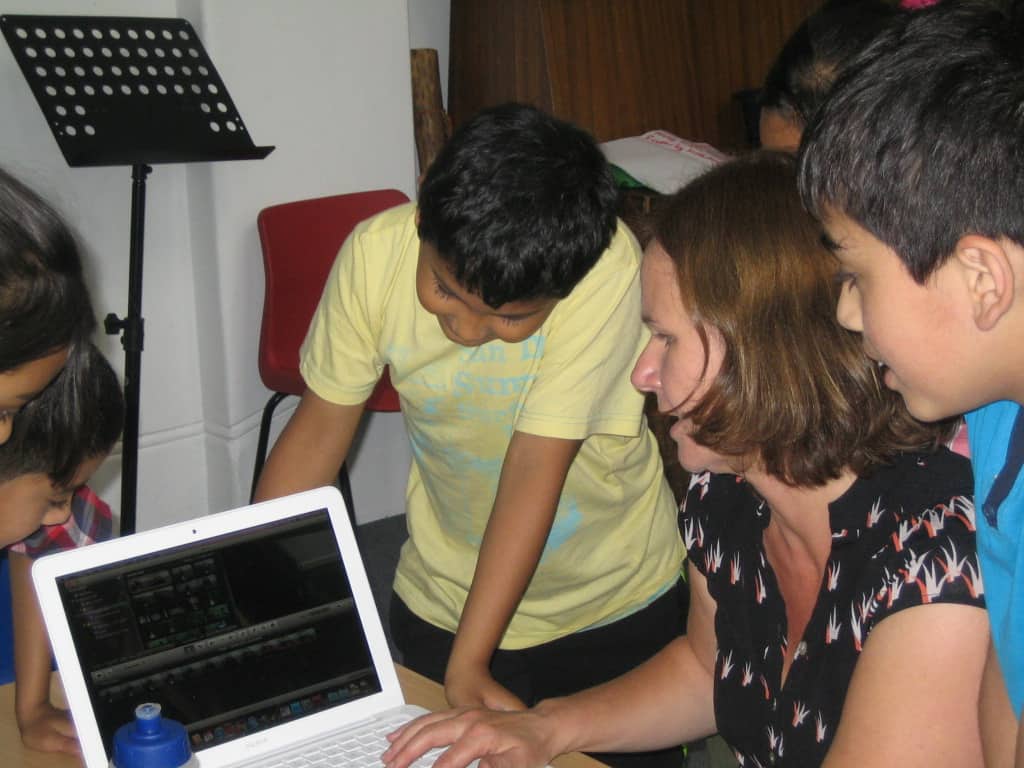 Last year in the autumn term at Lawdale school, Lisa Nash, visual artist and film maker created a  five minute film “The Vampire Bullies” with teacher Justine Kavanagh and Year 5 children,  because of  the huge success of this film project, the school starts it’s second film project this term.

In the first week, the group discussed their experience of film making before they started to brainstorm about what kind of film they would like to make.  Will it be a thriller a mystery, or maybe a romance?  As the children’s school year will be based on the London Docklands, they decided to somehow tie that in with their theme for the film.

Many of the children were interested in how filmatic “green screens” work, so Lisa decided to give them experience of how to use it for one of the sessions. The children had enormous fun using this technique, and were impressed with the special effects that can be created and are eager to use it for their film project.

When it came to developing the story there was much debate – but by the third session a story soon began to appear. They then had to develop the characters and agree on the final script. Then, despite having the theme, characters and the script there still was no title, so in recent sessions  the group worked on possible titles.  They also  rehearsed parts of the script, before auditing for the main six characters before Lisa and Justine.  After the final casting, in which everyone was happy with the outcomes,  attention was turned to costumes.

The days have been long, but everyone agrees they don’t want to go home at the end of each day, even though their brains are frazzled……. 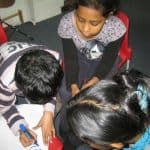 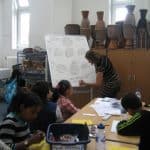 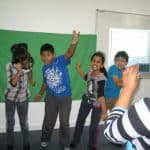