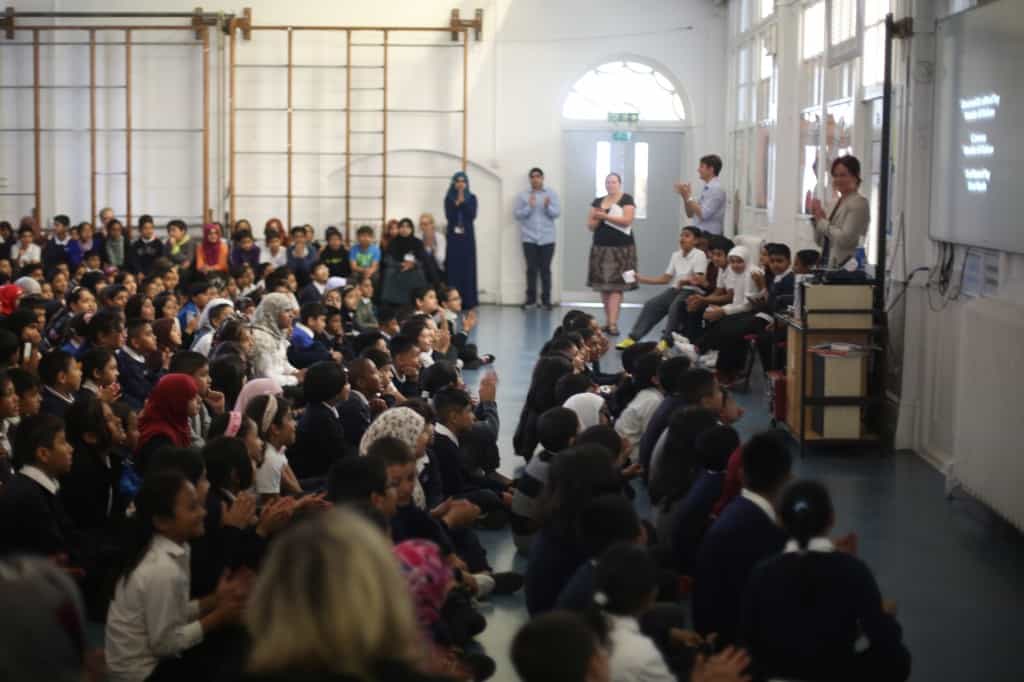 The second screening for the hugely successful film project took place at Lawdale School on the 2nd of July.

The assembly hall was filled with excitement and anticipation, with children, parents and teachers eager to see the films they had heard so much about. Especially as many students had seen the film makers filming throughout the year, so were curious to see the finished results.

The three films were shown and the audience had opportunity to ask question or make comments.  Many of the questions asked were about the special techniques used, such as time lapse and split screen.

“The films were wicked” said the students.  And the Deputy Head said he had three special letters to describe the three films: W O W