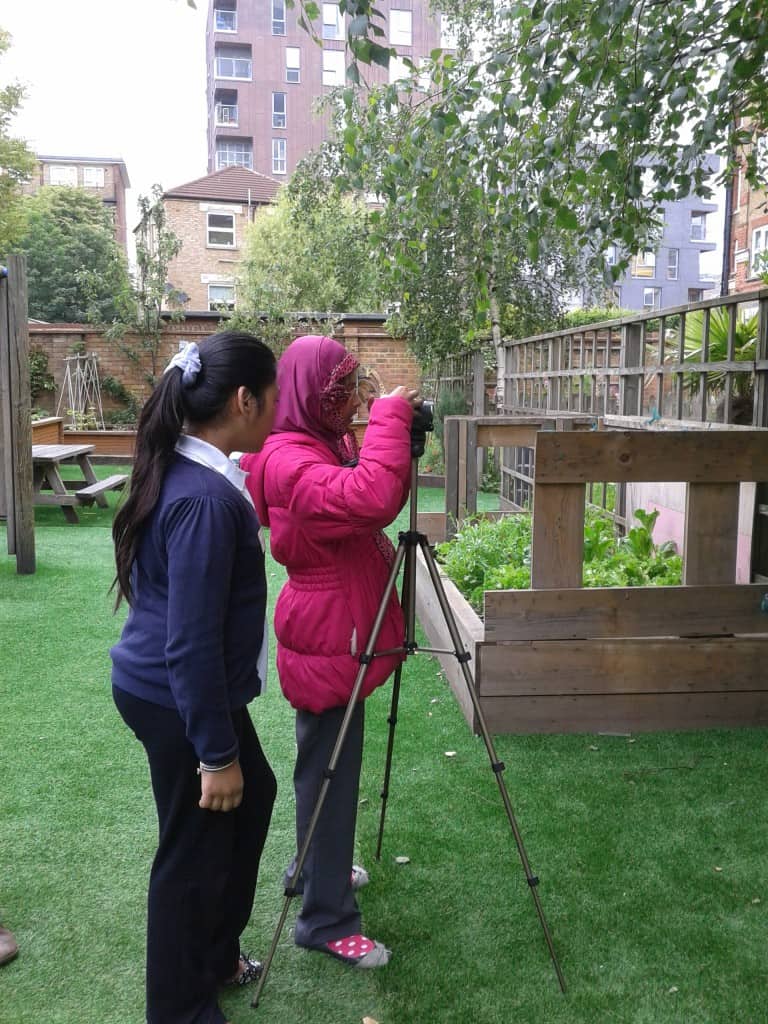 The second phase for this year’s Film Project at Lawdale Primary School involved the cascading of skills from the Year 5 budding film makers down to aspiring film artists from Year 4.

The entire day was led by the children who had been doing the Film Project with artist Lisa Nash.  It was their opportunity to show what they had learnt, teaching the younger children new skills such as storyboarding, camera angles and editing.  The students were divided into three smaller groups, who then were able to trial their knowledge with actual filming to experience operating a camera hand-on.

One of the Year 5 students, Afwan, had prepared a power point to explain the stages of Film making which he presented to the class, he had done this on his own initiative and using his own computer skills.

At the end, the short films were showcased.  And to further explore the artistic process, there was Q & A session, allowing all those involved to offer explanation and opinion on the works produced.