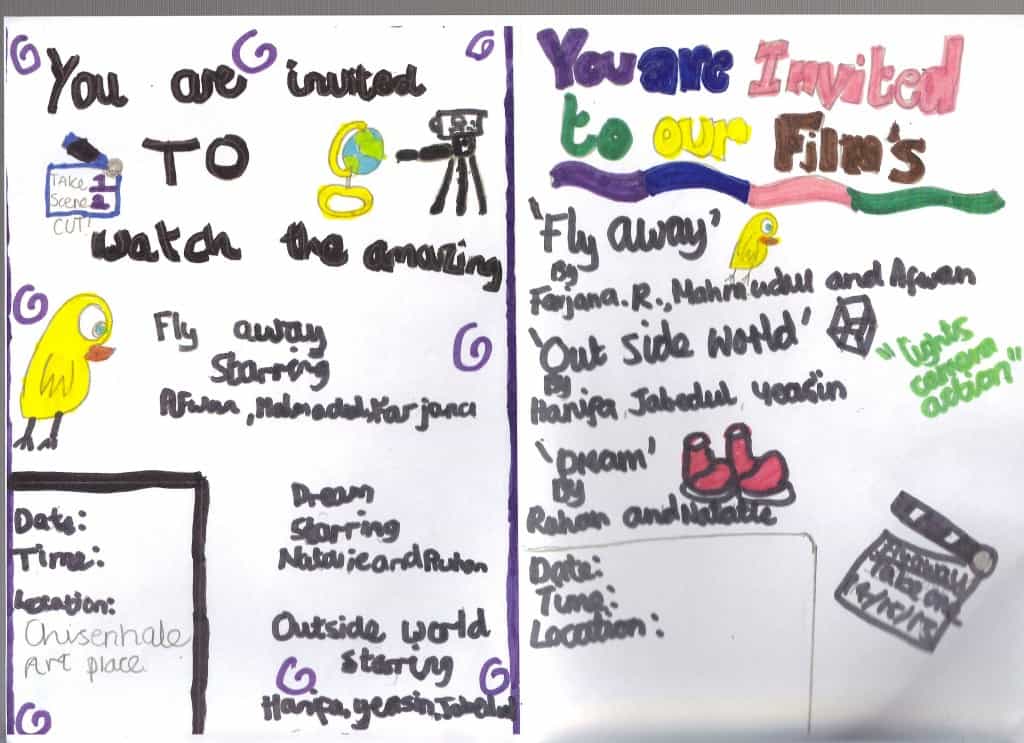 After another successful year with the Film Project, participating children from Lawdale School, along with their classmates, returned to Chisenhale Art Place for a special screening of their three films.

The children – and more than a few adults – were buzzing with excitement to have the official screening held here.  Artist film-maker Sheena Macrae also attended the screening, on special request from the children.

After watching each film, the audience were able to ask the young film makers questions about what they had seen, and the film makers themselves had the opportunity to highlight any special points and techniques regarding their films.

Local press were on hand to take photos, and audiences commented on the amazing the quality of the work produced.  This was a particular achievement, given the short time frame of the project and the young age of the film makers.