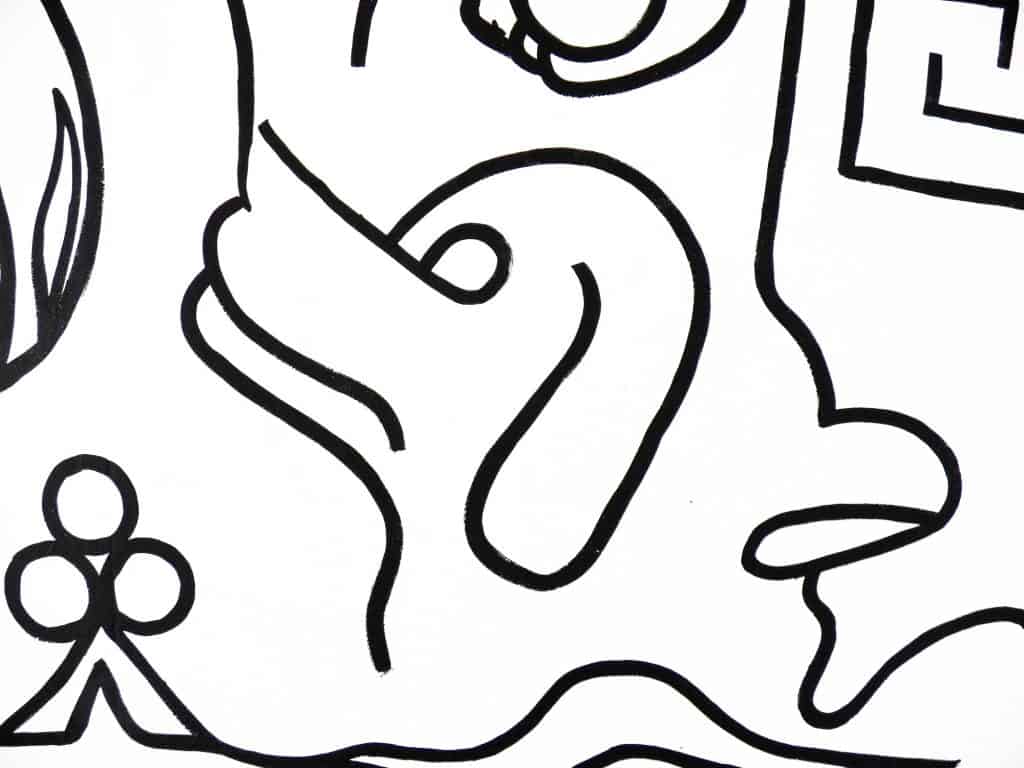 At the completion of her six-week residency, Nicola Dale presents new work arising from her research into art historian Aby Warburg’s photographic collection at The Warburg Institute. Nicola has selected and abbreviated 89 images and translated them into an eight-metre mural, in turn to be used as a choreographic score by contemporary dancer Chloe Aliyanni.

Expanding ideas developed during past projects (at Manchester Central Library, Shanghai Library, the National Arts and Education Archive and the University of Manchester) Nicola has been using her Standpoint Futures residency to explore processes of accumulating and communicating knowledge.

The number of images Nicola has chosen corresponds to the amount of unfilled holes she found in one wall of her residency studio, which she catalogued obsessively when she arrived in London. This holey reliquary – of absent works by previous studio occupants – is playfully interpreted as a methodology for gathering new research content from the photographic collection; reflecting on the idiosyncratic logic of systems through which knowledge is manifested and spread by archival institutions.

Nicola’s wall drawing isolates diagrammatic fragments from the photographs, such as a tail, a fool’s ear, a poised hand or a grimace. By inviting a dancer to take this abbreviation-relay a stage further, through movement-based interpretations, Nicola’s interdisciplinary game of Chinese Whispers both refines the image to its gestural essence and further obscures its original intent. In an era where excessive access to information invites continual abbreviation and mediation (e.g. emojis and viral sharing) Nicola’s subversive library processes are particularly apposite, using analogue, embodied actions to destabilise content and create new streams of cognition.

The event will take place in our Studio4, on the first floor, 7-9pm on Thursday 22nd June.