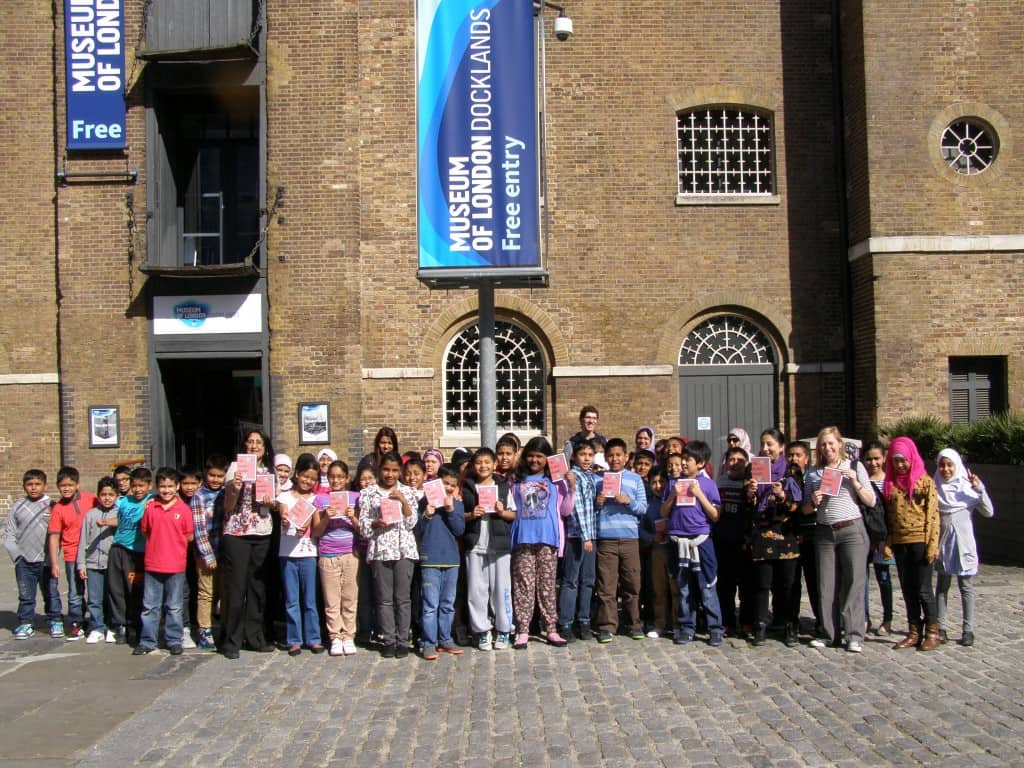 Chisenhale Art Place commissioned artist Lisa Nash to work with children and teachers from Year 5 on a series of script-writing and film workshops, which culminated in the making of a short-film, The Locket’s Riddle. The film is set in London Docklands and looks at the history of the area, relating directly back to the curriculum. With Lisa’s support, the children worked as a team to lead on all aspects of the film-making process – from story-boarding and directing to editing and costume-making.

The Locket’s Riddle was screened at the school in January 2012 to a large and enthusiastic audience of children, teachers and parents. A very special second screening took place at the Museum of London Docklands in March 2012, allowing the children to see their film on the big screen.

Many thanks to Help a Capital Child, the Museum of London Docklands, Lawdale form teachers Justine Kavanagh and Anita Vanjara, and volunteers Yasmin Kauser and Mavela Daley, for their support of and enthusiasm for the project.